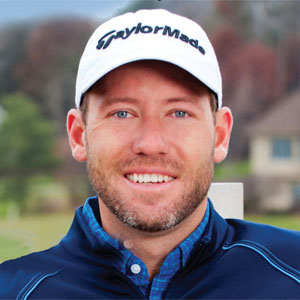 Brent Snyder is a member of the PGA and has invested his life into serving people. A relationship driven experience is created when you start working with Brent. He is a big picture instructor that focuses on the longevity of your craft. The instruction is tailored to the individual. Simple fundamental thoughts are fostered through a language that is uncomplicated and focused predominantly on the club face.

Brent is from the St. Croix valley originally, however he has lived in Europe, Colorado, and Georgia. Ultimately he has found his way back home, and is now in his fifteenth year at Troy Burne Golf Club as the Director of Instruction. His parents, sisterʼs family, brotherʼs family, and wifeʼs family are all on the east side of the cities, reinforcing the important things in life; family!

Prior to Troy Burne, Brent lived in Sea Island, GA., and credits a lot of his knowledge to the famous tour players and instructors that reside on the island. Each and every day, Brent utilizes his ability to educate oneself, be open-minded and creative in his approach. You are sure to have a good time on the lesson tee with Brent, and your golf IQ will change quickly. His passion will be infused into your game!

Brent continues to be an active competitor himself. As he states to his clients, “If Iʼm not working on your game, Iʼm probably in a tournament”. Known for his work ethic, Brent usually plays close to 30 events each year. He competes throughout the Minnesota PGA, as well as national events.

Brent is on the National Playing Council for Taylormade Golf

Brent is a member of the Nike Golf Swoosh Staff